The Early German Missions and Settlers

First dwelling of a German settler, Rosewood, Queensland, ca. 1880. Courtesy of the State Library of Queensland.

German settlement in Queensland (at the time part of New South Wales) began in 1838 when a Protestant mission group arrived at the Moreton Bay Penal Settlement with the aim of evangelising the Indigenous Australians who lived in the region.

With the cooperation of the Presbyterians, and the assistance of Reverend John Dunmore Lang, the German Lutherans and Pietists established the Zion’s Hill mission in what is now Nundah in North Brisbane. 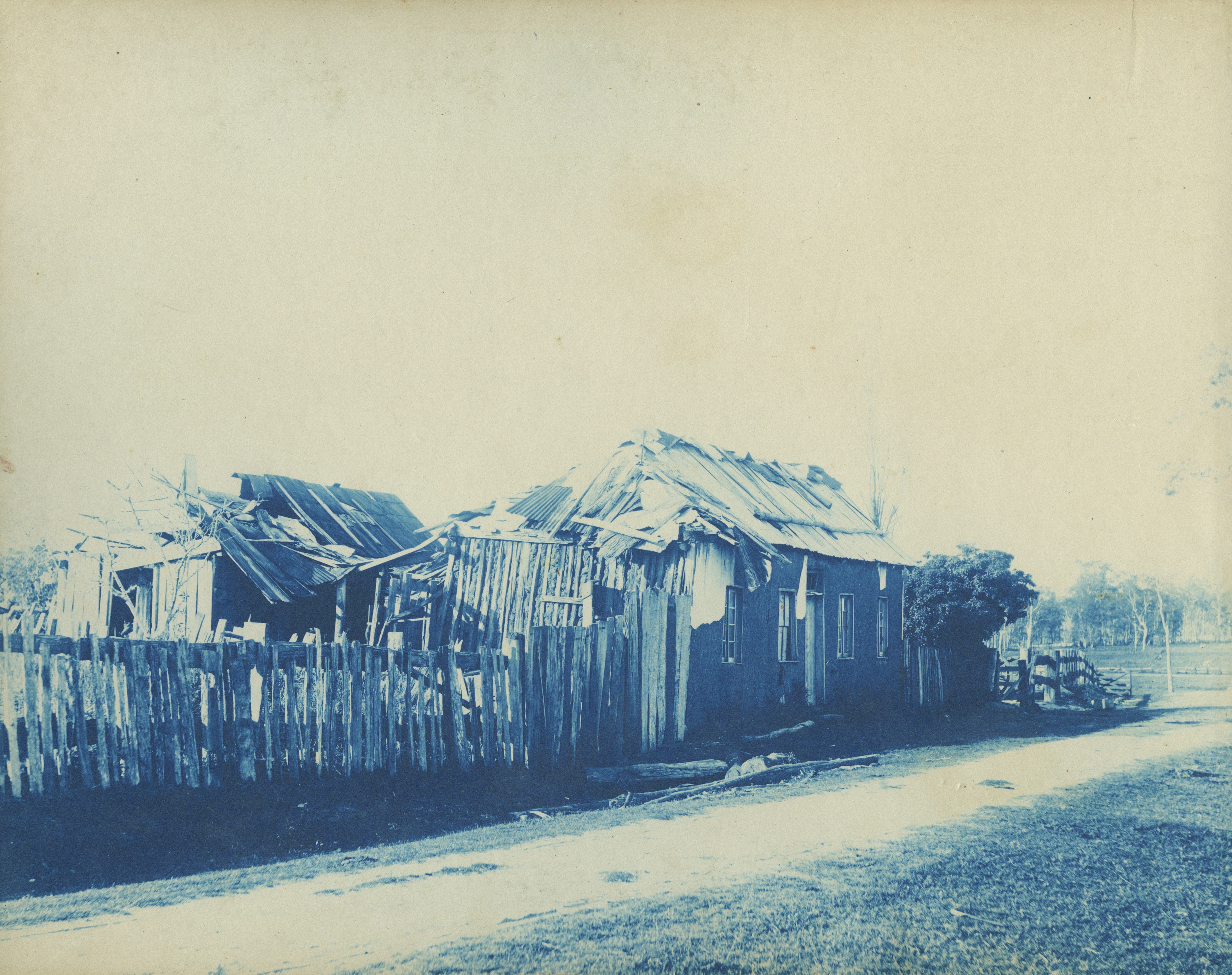 Those among the German settlers had various useful skills, which assisted them in establishing the mission, including masonry, blacksmithing, butchery, and cobbling among others. 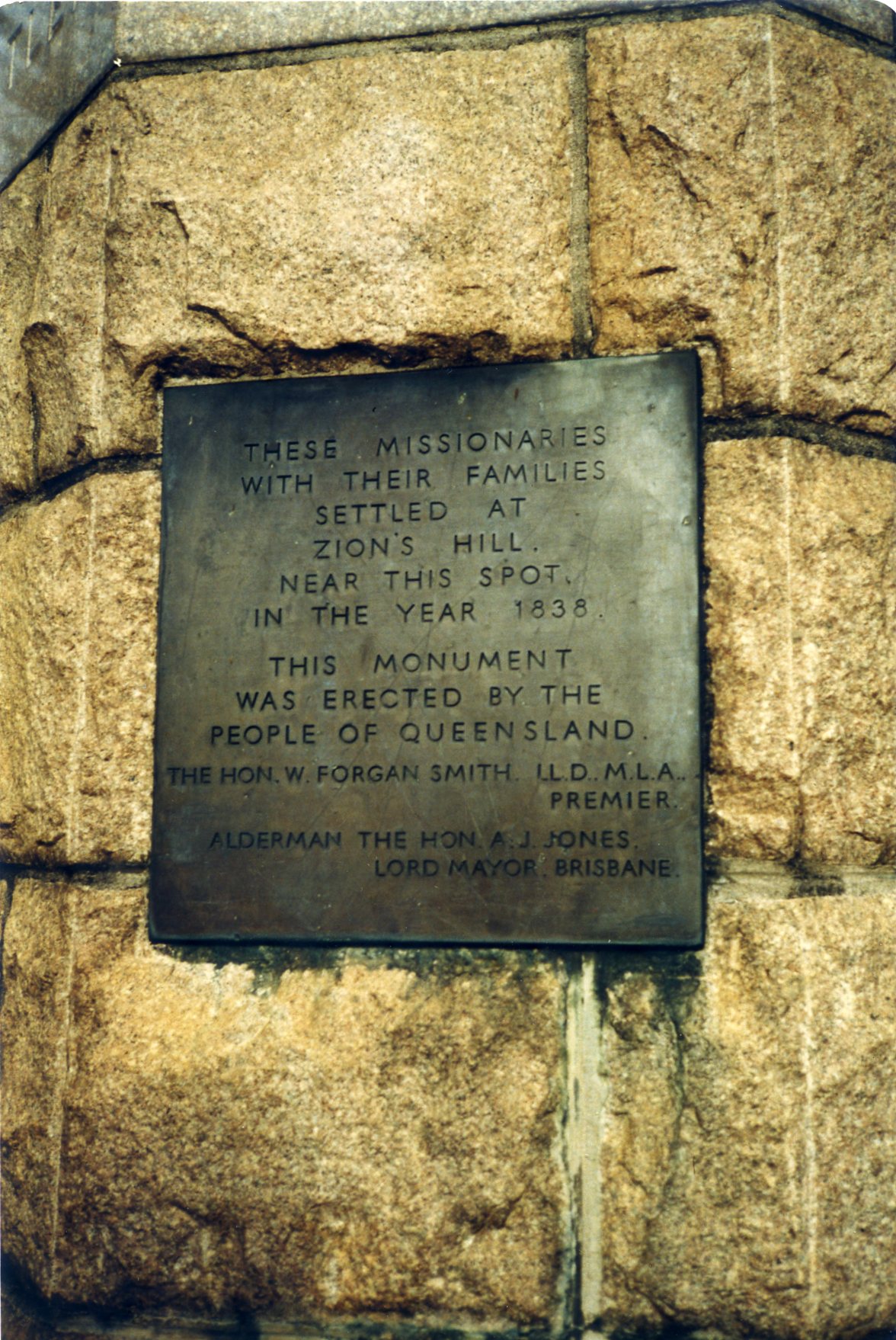 Plaque dedicated to the German missionaries and their families at Zion’s Hill. Photo: The Royal Historical Society of Queensland.

The presence of the German mission had multiple purposes, from the German and British perspectives. The Germans, driven by their pietism, desired to make God known to the Aboriginals who lived in Moreton Bay, while Reverend Lang intended that the missions would prevent them from “attacking” shipwrecks, such as the Stirling Castle near Fraser Island.

Later in 1864, five years after Queensland’s separation from New South Wales, 30 German families arrived aboard the Susanna Godeffroy, and with the assistance of Pastor Johann Haussmann and Johann Christian Heussler (who built Fernberg, residence of Queensland’s governors since 1911), the government opened up land for them to establish settlements in what would become Waterford and Bethania. 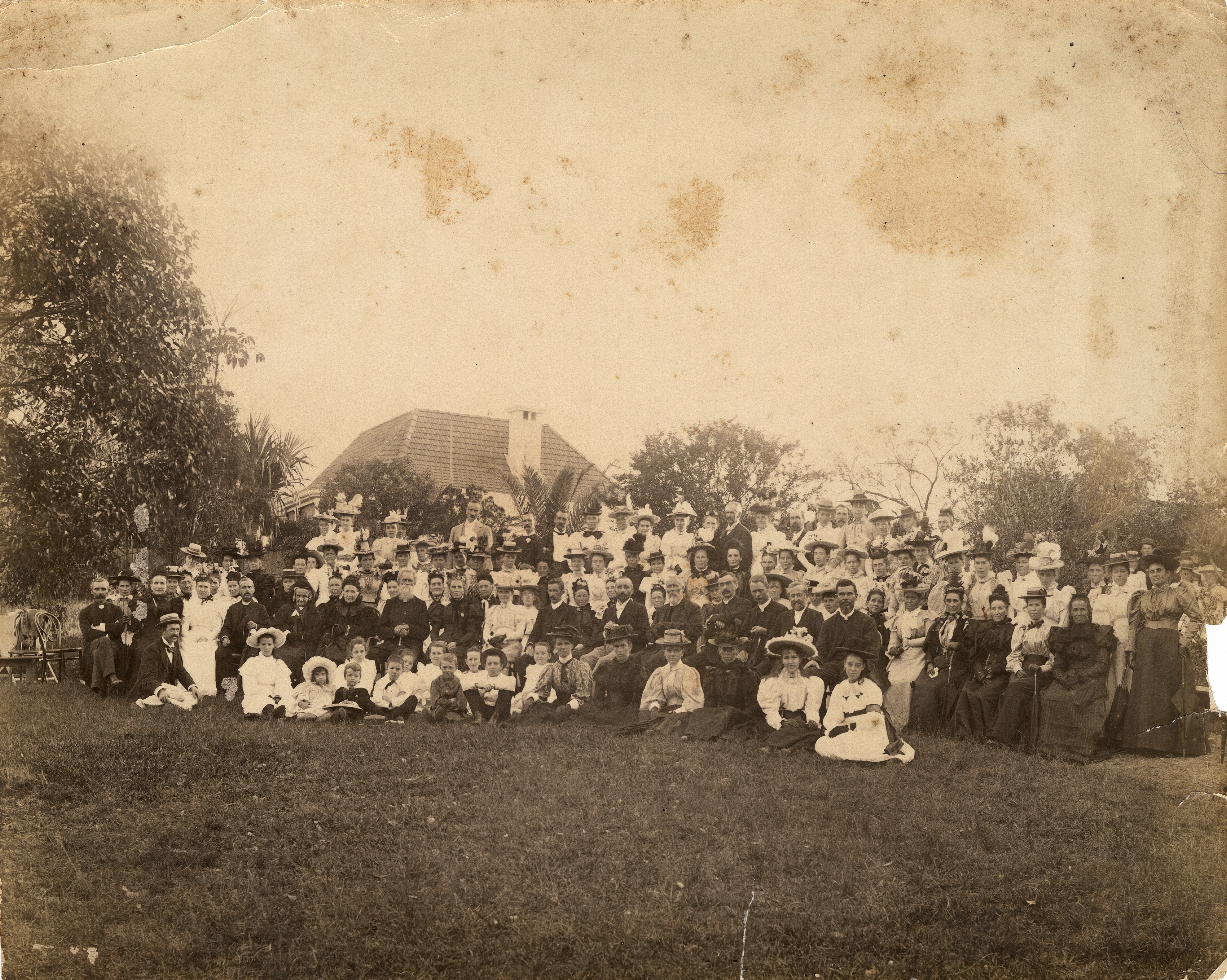 Wagons such as that pictured were commonplace in Queensland from the 1860s. Used to carry a variety of goods, they came to be popular among non-German Queenslanders as well. 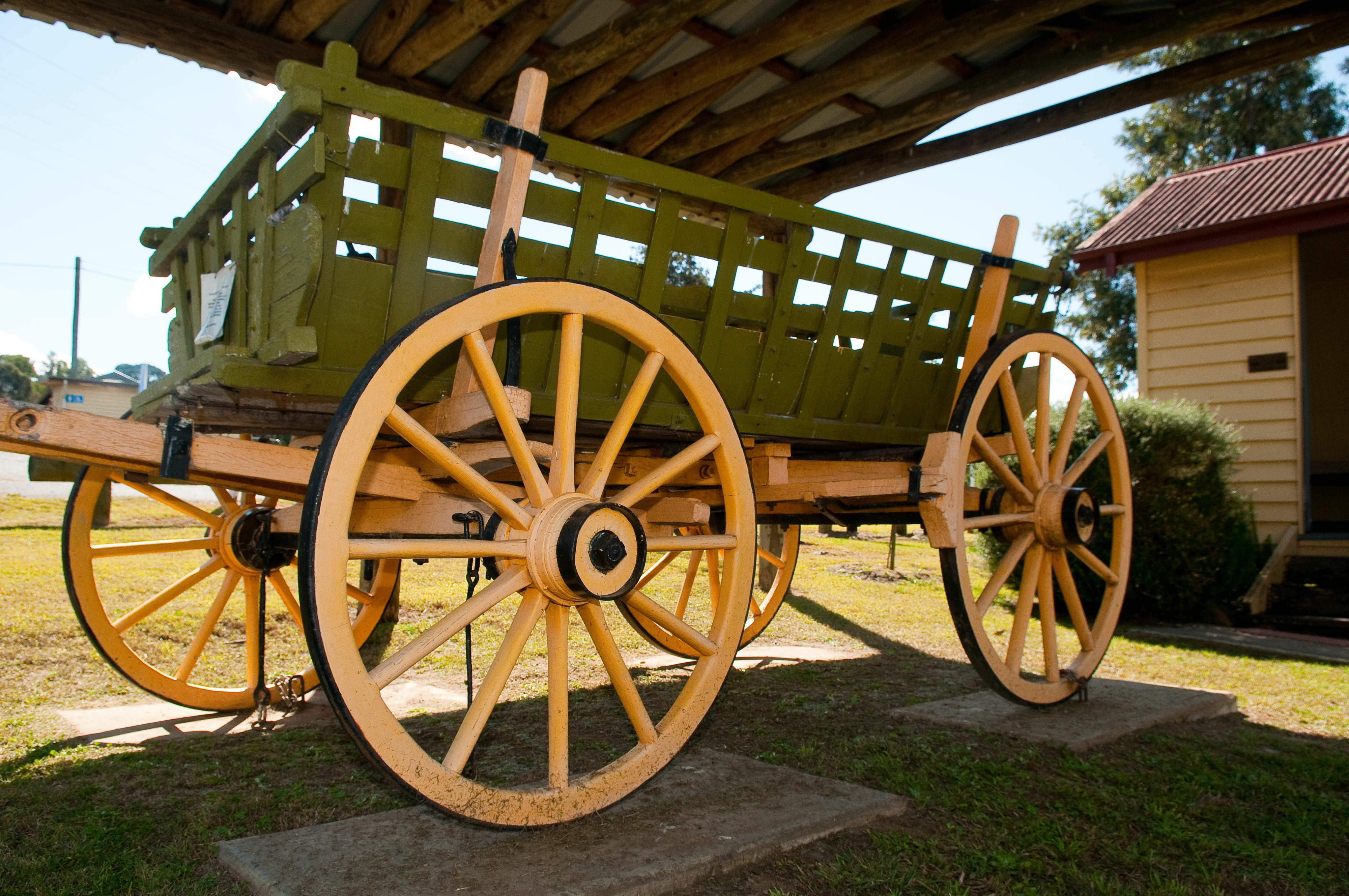 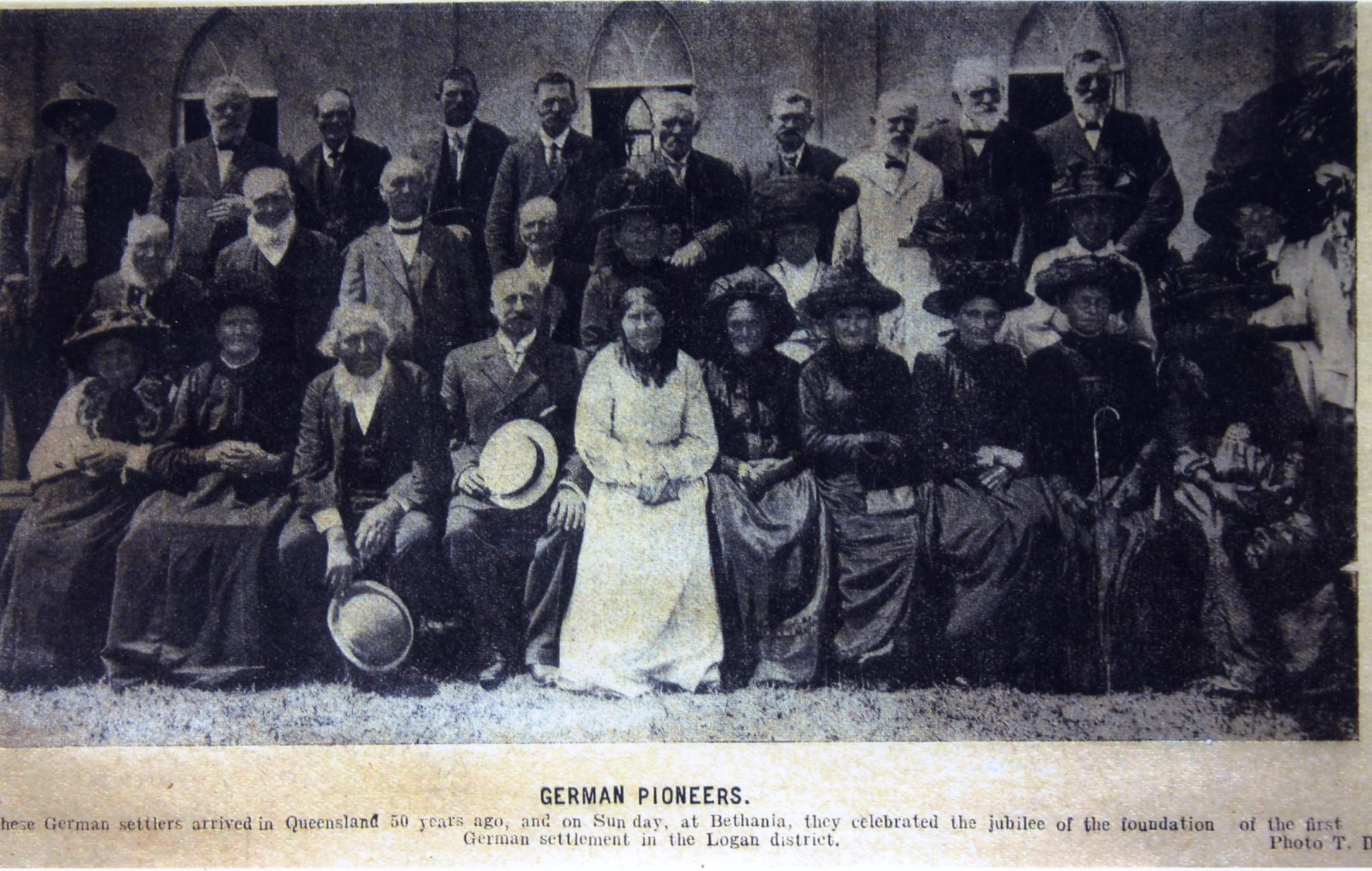 The German settlers at Bethania, 50 years after they arrived. Photo: The Royal Historical Society of Queensland. 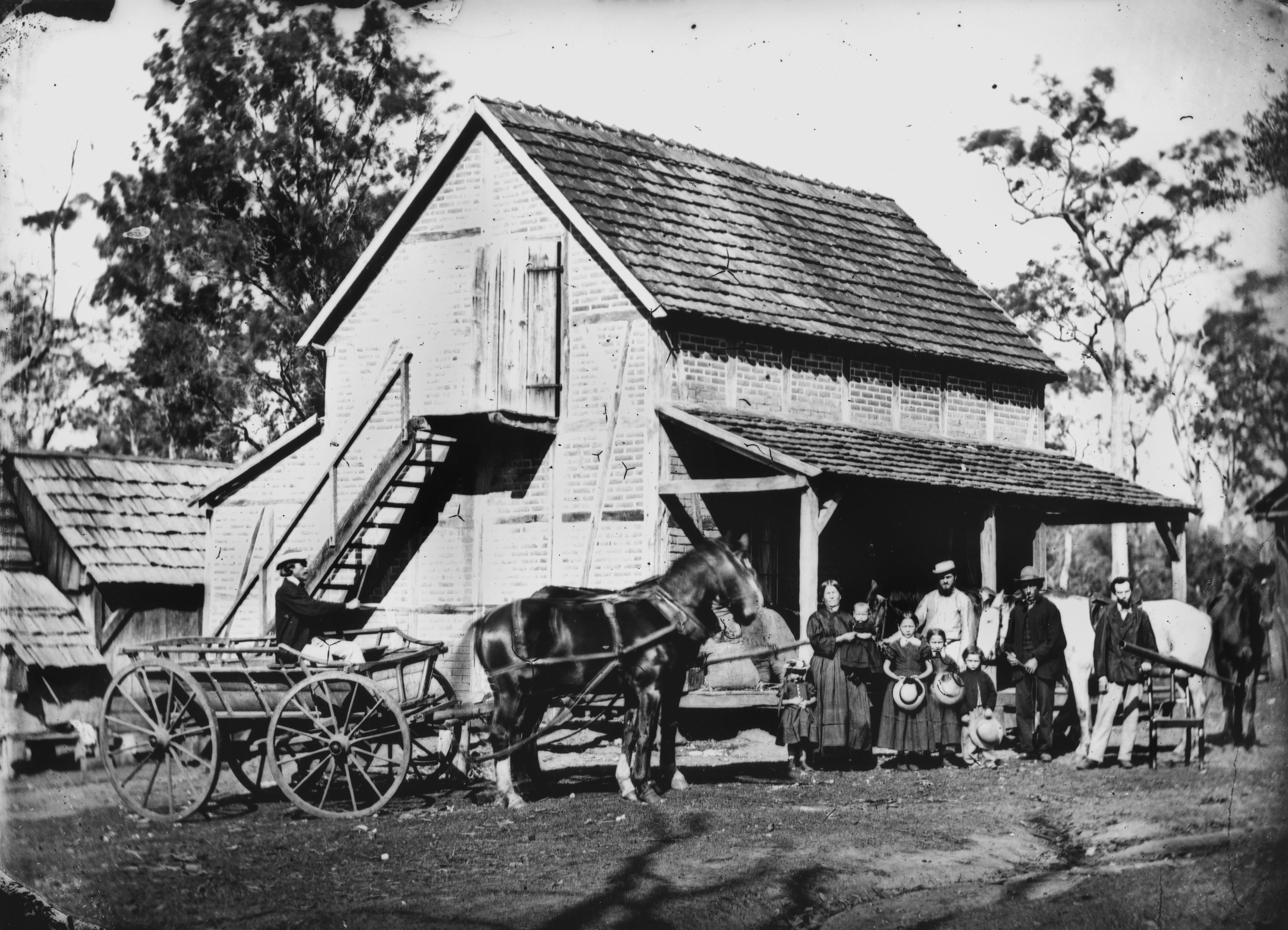 German family outside a Bethania farm, ca. 1871. Courtesy of the State Library of Queensland.