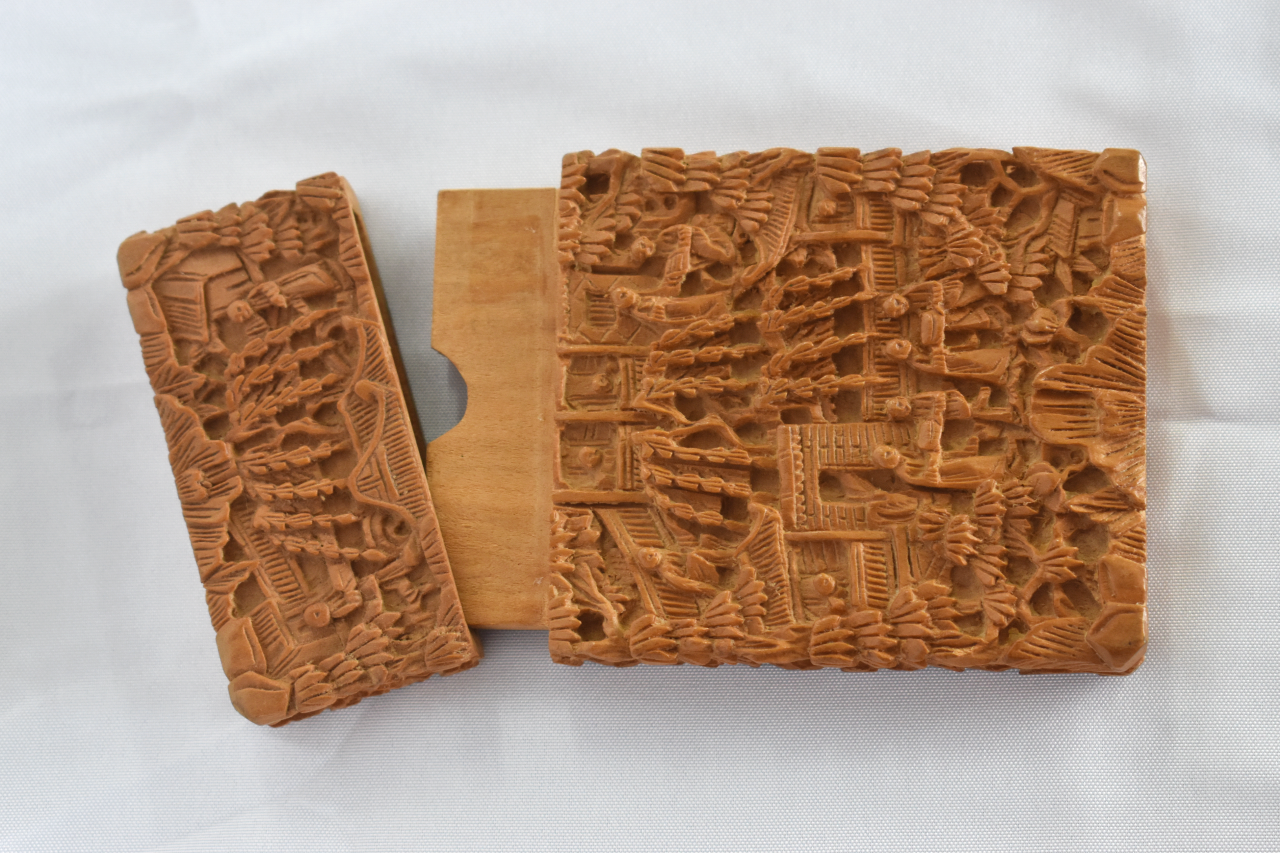 This card case is too narrow to have held a stack of playing cards; instead, it is likely that it stored calling cards.

Calling cards were a vital accessory for the upper classes in the nineteenth and early twentieth century. They were used to announce one’s arrival in town, and it was considered inappropriate to visit someone without leaving a card first. Cases in which to carry the cards were vital, and they were often elaborately decorated. This one is carved with an oriental design.