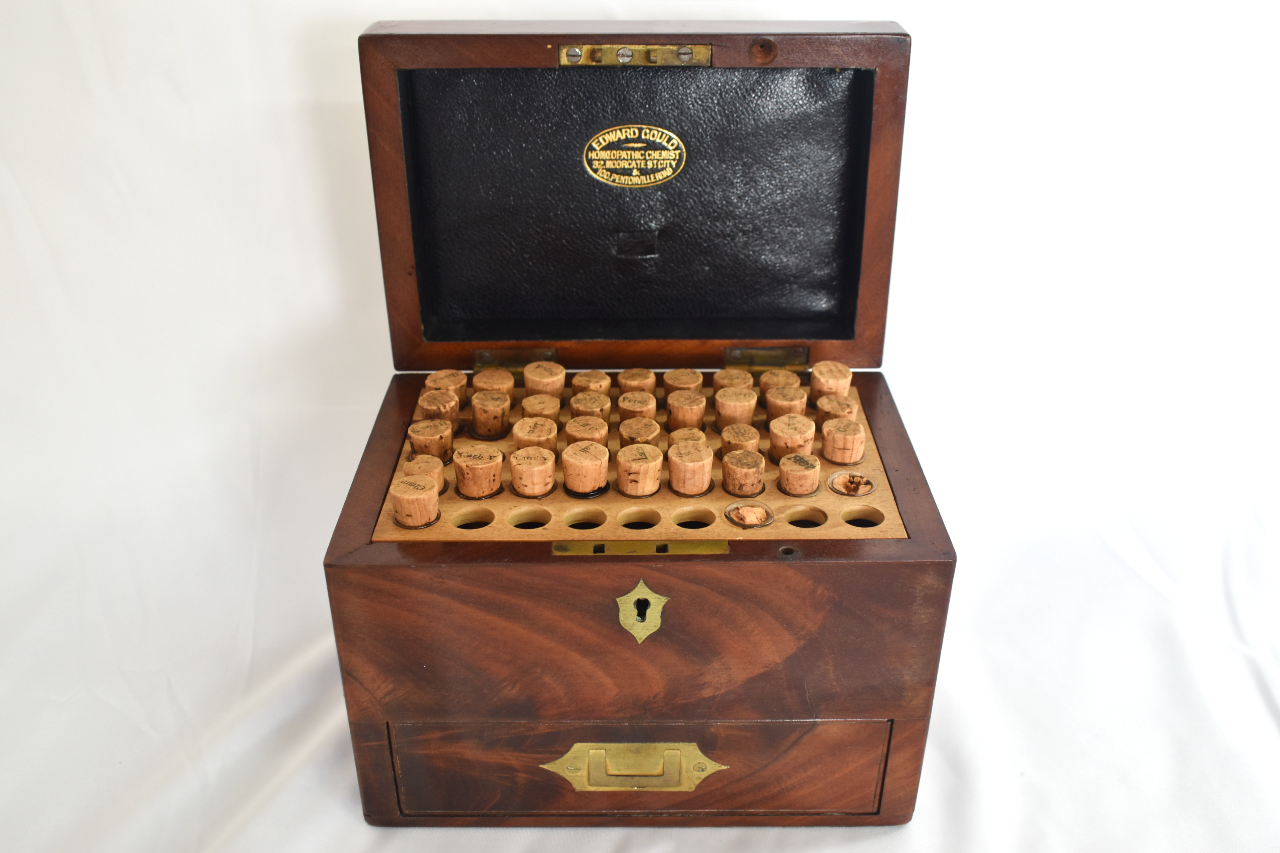 This box of homeopathic medicines was used by the donor’s grandfather. The set was made by Edward Gould, a ‘Homepathic Chemist’ in London, who was in business from the late 1850s with a partner. In 1860 he became the sole proprietor, and the same year his son emigrated to Australia and opened a chain of homeopathic pharmacies there.

The box holds a number of vials, though sadly a few are missing. The drawer at the bottom slides out and holds a cloth, which was perhaps used when administering the medicine.