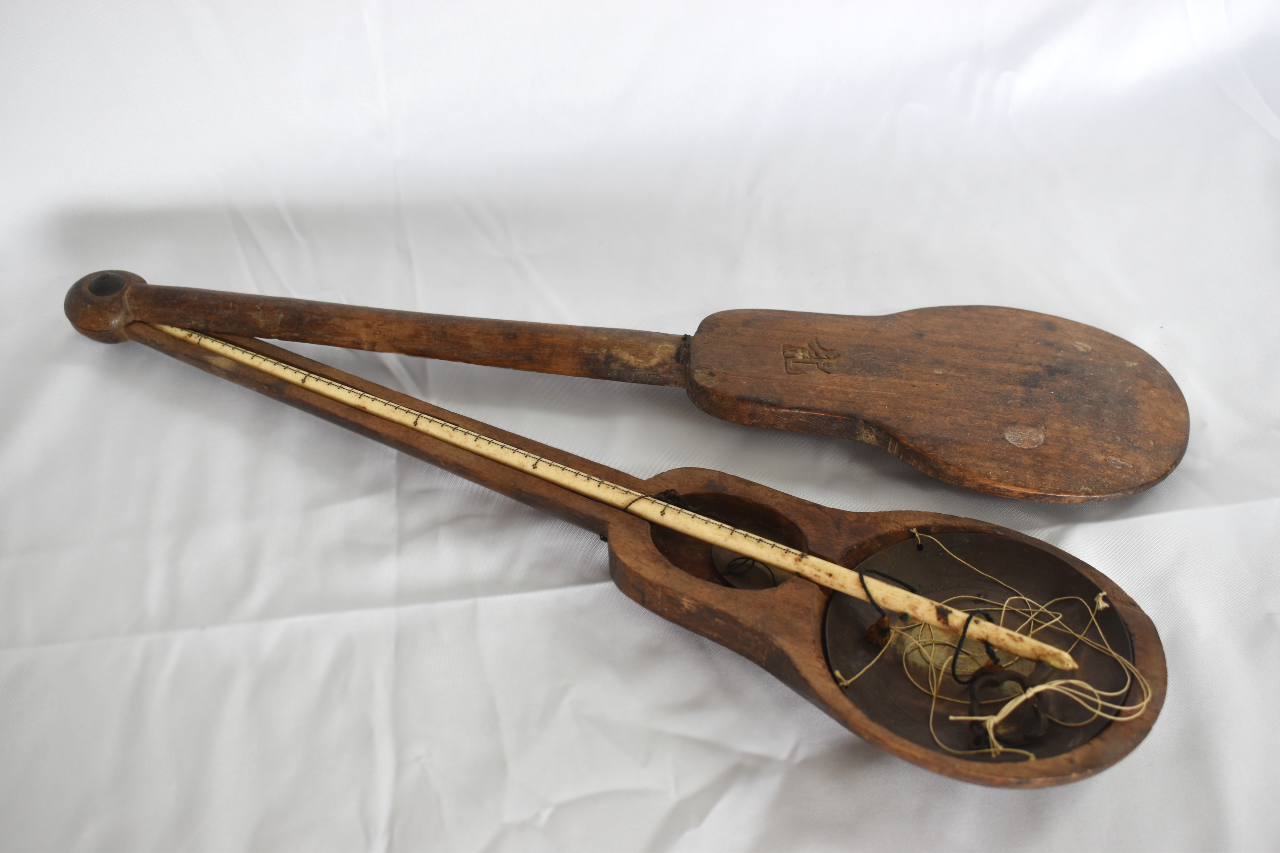 This was likely used for weighing gold on the goldfields in the nineteenth century. The Chinese character on the exterior suggests it was used by Chinese workers.

After gold was discovered in Gympie in 1867, many Chinese people emigrated to Queensland. Conditions were harsh, and they were subject to racial abuse. Most did not get rich as they had hoped. At the peak of the Palmer goldfield in Far North Queensland, there were over 10,000 Chinese but only half of them dug for gold.