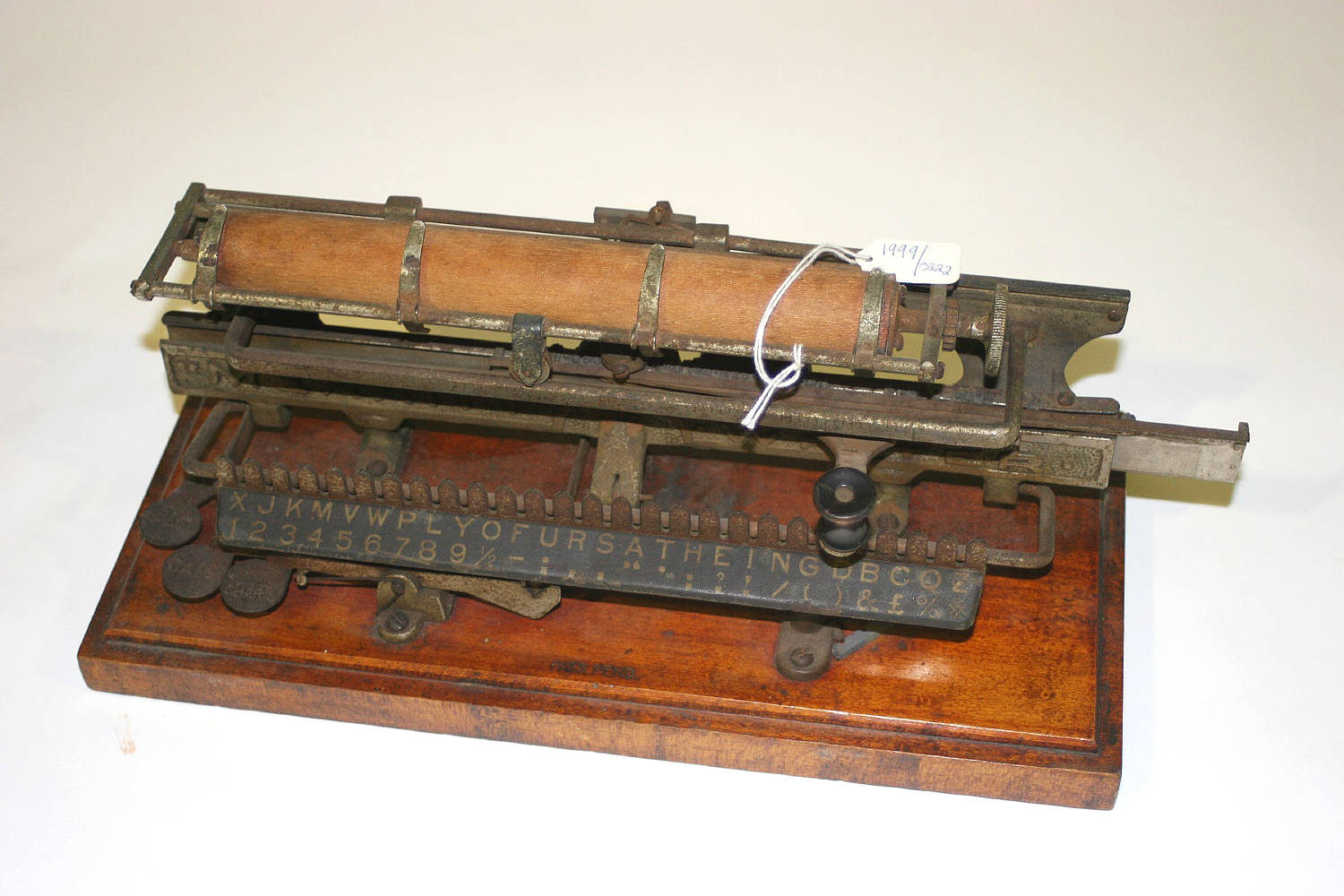 This is reputedly the first typewriter to be used in Brisbane. It belonged to Sir James Garrick (1836-1907). Born and educated in Sydney, he moved to Brisbane in 1861.

Garrick practiced as a solicitor and in 1867 he was elected to the Legislative Assembly. He visited England in 1870 to study law at the Middle Temple and three years later he was called to the Bar. Returning to Brisbane in 1874, Garrick was appointed Crown Prosecutor, an office he held for three years. He held various government positions from the time he re-entered politics in 1877 until his retirement in 1895.