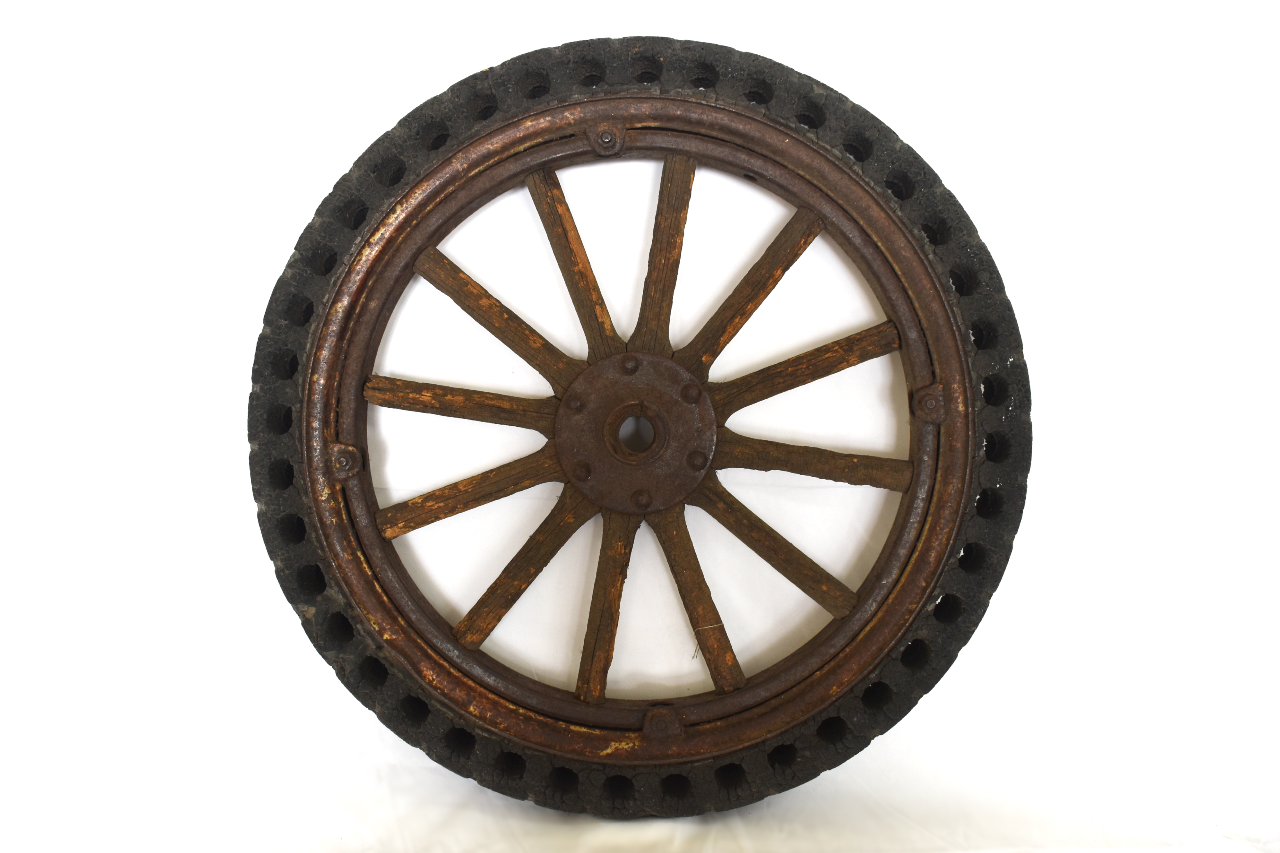 This tyre came from a T Model Ford one-ton truck made in 1918.

Unlike modern tyres, which are hollow and pumped with air, the tyres on this vehicle were solid rubber. This was an advantage on treacherous roads as they couldn’t be punctured, but otherwise it was cumbersome as they were very heavy. Solid rubber tyres were banned in Australian cities in the mid-1920s as they not only damaged the road surface but caused noise and vibration problems, though they continued to be used on vehicles in more rural areas.